Samurai battle The Momoyama Period (1573-1603) — also known as the Sengoku Period — was a period of great upheaval and political and social change. Cities were set on fire by warlords. The first Westerners arrived and brought Bibles and guns. Violent youth gangs roamed around. Leaders indulged themselves in art and tea ceremonies that utilized ceramics that started out refined but ended up tilted and off balance.

According to the Metropolitan Museum of Art: “With the decline of Ashikaga power in the 1560s, the feudal barons, or daimyos, began their struggle for control of Japan. The ensuing four decades of constant warfare are known as the Momoyama (Peach Hill) period. The name derives from the site, in a Kyoto suburb, on which Toyotomi Hideyoshi built his Fushimi Castle. Unity was gradually restored through the efforts of three warlords.” [Source: Metropolitan Museum of Art, Department of Asian Art. "Kamakura and Nanbokucho Periods (1185–1392)". Heilbrunn Timeline of Art History, October 2002, metmuseum.org \^/]

“During this era, the attention of the Japanese was more than usually drawn beyond its shores. In addition to the continued trade with and travel to and from Chinaand Korea , Toyotomi Hideyoshi instigated two devastating invasions of the Korean peninsula with the ultimate goal of invading China. The arrival of Portuguese and Dutch merchants and Catholic missionaries brought an awareness of different religions, new technologies, and previously unknown markets and goods to Japanese society. Over time, these foreign influences blended with native Japanese culture in myriad and long-lasting ways.” \^/

Good Websites and Sources on the Samurai Era in Japan: Good Photos at Japan-Photo Archive japan-photo.de ; Samurai Archives samurai-archives.com ; Artelino Article on Samurai artelino.com ; Wikipedia article om Samurai Wikipedia Sengoku Daimyo sengokudaimyo.co ; List of Shoguns and Emperors of Japan friesian.com ; Samurai Women on About.com asianhistory.about.com ; Classical Martial Arts koryu.com ; Delphi Forums, Good Discussion Group on Japanese History forums.delphiforums.com/samuraihistory. Books: A good book on samurai culture is Miyamoto Murashi (1935), a novel by about a legendary swordsman by Eiji Yoshikawa. The film Last Samurai was based on Bushido-The Soul of Japan, written by Inazo Nitobe in 1899. The Lone Samurai by William Scott Wilson and Shogun by James Clavell are good reads. Vagabond is a popular 27-volume manga based on Miyamoto Musashi by the famous mangaka Takehiro Inoue. You can help this site a little by ordering your Amazon books through this link: Amazon.com. Films: Seven Samurai and Throne of Blood by Akira Kurosawa; The Last Samurai with Tom Cruise; Twilight of a Samurai, nominated for an Academy Award in 2004. Samurai scholar: Karl Friday at the University of Georgia.

Japan in the Early Momoyama Period

According to “Topics in Japanese Cultural History”: “In the middle of the sixteenth century, there were about two dozen major daimyo struggling for power. These struggles for power gave rise to new institutions and methods of government. The shoen system was gone by this time. In most parts of Japan it had faded away by the middle of the fifteenth century. Most daimyo tried to implement a system of direct taxation of the peasants in their domains. Many daimyo also experimented with ways of promoting commerce and industry. [Source: “Topics in Japanese Cultural History” by Gregory Smits, Penn State University figal-sensei.org *~*]

“Despite all the warfare, or perhaps in part because of it, commerce flourished throughout most parts of Japan in late Muromachi times. Many daimyo cultivated relationships with major merchants in order to have ready access to needed supplies for military campaigns. The pressures of warfare ensured survival only of the fittest. Those daimyo that could collect taxes efficiently, promote commerce, and keep tight control over subordinates tended to prosper. Those that could not soon died. The middle fifteenth century was a "dog eat dog" world for warriors.”“ *~*

Sawa Kurotani wrote in the Daily Yomiuri: The Sengoku period, with its chaotic social environment of gekokujo--the "bottom" overthrowing the "top" in bloody battles, turning social hierarchy upside down overnight--seems far removed from a postwar Japan ruled by social order and peacefulness. Yet, the "battle and conquer" ideology of Sengoku warlords appealed to postwar generations of sarariiman who saw themselves as warriors fighting and winning in a fierce economic battle to catapult Japan to a position of great power and global influence. The three most famous warlords of the period--Oda Nobunaga, Toyotomi Hideyoshi and Tokugawa Ieyasu--are also known for their distinct leadership styles, which resonated with corporate managers who identified with one of the three leaders. [Source: Sawa Kurotani, Daily Yomiuri, December 27, 2011] 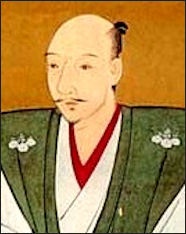 Three major figures dominated the period in succession: Oda Nobunaga (1534-82), Toyotomi Hideyoshi (1536-98), and Tokugawa Ieyasu (1542-1616), each of whom emerged as a major overlord with large military forces under his command. Between 1560 and 1616 Oda Nobunaga, Toyotomi Hideyoshi and Tokugawa Ieyasu stabilized Japan by bringing in line quarrelsome clans and ridding the countryside of lawless bands of lordless men.As their power increased, they looked to the imperial court in Kyoto for sanction. The Momoyama Period gets its name from from Hideyoshi’s castle, called Momoyama.

In 1603 the Tokugawa shogun Ieyasu made Edo (modern Tokyo) his capital, and in 1615 finally defeated his last rival for power, the general Hideyoshi. Thereafter Ieyasu and his successors reigned over more than 250 years of almost unbroken peace, culminating with the restoration of the emperor as ruler in fact, not merely in name.

According to the Metropolitan Museum of Art: “Oda Nobunaga, took control of Kyoto and deposed the last Ashikaga shogun through military might and political acuity. He was followed by Toyotomi Hideyoshi, who continued the campaign to reunite Japan. Peace was finally restored by one of Hideyoshi’s generals, Tokugawa Ieyasu.” [Source: Metropolitan Museum of Art, Department of Asian Art. "Kamakura and Nanbokucho Periods (1185–1392)". Heilbrunn Timeline of Art History, October 2002, metmuseum.org \^/] 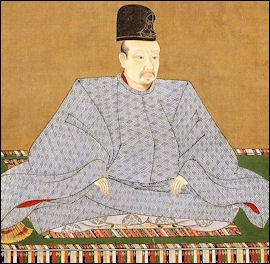 Christianity and Guns Arrive in Japan

The Spanish Jesuit missionary Saint Francis Xavier (1506-1552), cofounder of the Society of Jesus (Jesuits), landed in Kagoshima in 1549. At that time Nagasaki was an important trade center between Japan and Portugal and the Jesuits established a headquarters there.

Christianity advanced very quickly, especially in southern Japan, Over 300,000 Japanese were baptized and one daimyo even sent a delegation to visit Pope Gregory XIII in Rome. As was the case with early Buddhist sects, Christianity spread quickly because of political unrest, weak government and lack of central authority.

The Portuguese brought primitive muskets called harquebuses. Before the Portuguese arrived, the Japanese had never seen muskets or any other kind of firearm. After witnessing their power, some daimyo immediately ordered their smiths to copy the Portuguese weapons.

The first muskets weren't very well made. Many blew up when they were fired. But the Japanese quickly mastered the technology. Within 30 years the Japanese armies carried more guns than any other armies in the world.

Firearms and Christianity complicated the already complicated feudal war between the daimyos. One daimyo, Oda Nobunaga organized his army into European-style ranks and equipped the with muskets, temporarily de-ritualizing the traditional method of fighting, and blew away his rivals army in a "torrent of fire" in the decisive battle of Nagashino in 1575.

Culture in the Momoyama Period

The Momoyama Period (1573-1603) was a time when the wealthy daimyo showed off their wealth by commissioning artist to produce paintings with flamboyant colors on brilliant gold leaf backgrounds. The subjects included landscapes, flowers, birds, trees and characters from Chinese folklore.


performing the tea ceremony The form of tea ceremony practiced today was created in the late 1500s by the tea master Sen no Rikyu (1522-1591). He served as tea master for Hideyoshi Toyotomi and is credited with simplifying the tea ceremony in accordance with Zen ethos and the concept of wabi (simplicity) and bringing the tea ceremony from the upper classes to ordinary people. He replaced Chinese porcelain with hand-molded Japanese ceramics formalized the austere aesthetic and emphasized the use simple tools that reflected the unpredictable aspects of nature. Rikyu died after committing ritual suicide for reasons that are still mysterious.

Momoyama period tea ceremony wasn't all austerity. Rikyu’s protégé and successor, Furuta Oribe (1543-1615), preserved the wabi style but also experimented with it. Ceramics created under his tutelage were strangely formed and colored with greens and yellows. Pieces that were cracked and had odd asymmetrical shapes were greatly prized. Others were shaped like pinwheels and flowers. He too died by his own sword on the command of Tokugawa Ieyasu.

Today, the 16th century warlord Date Masamune has a big following of female admirers, including some who make annual visits to his grave. Featured in a popular NHK drama One-Eyed Dragon Masamune, he is revered not only for his bravery, toughness and ambition but also for his support of the arts and deep love for his family.

The arts flourished under Toyotomi Hideyoshi. The new elite commissioned artists to produce grand works of art to decorate their palaces. The Kano School, famous for its gilded partition paintings of rich landscapes, flowers, birds and trees, emerged in the Momoyama Period (1573-1603) and remained popular through the Edo Period.

Momoyama art is named after the hill on which Hideyoshi built his castle at Fushima, south of Kyoto. It was a period of interest in the outside world, the development of large urban centers, and the rise of the merchant and leisure classes. Ornate castle architecture and interiors adorned with painted screens embellished with gold leaf reflected daimyo power and wealth. Depictions of the "southern barbarians"--Europeans--were exotic and popular. *

Japanese ceramics flourished during the Momoyama Period and it development as an art form was boosted by the popularity of the tea ceremony. Famous Oribe and Shinto tea ceremony ceramics were produced under the direction of tea master Furuta Oribe and Sen no Rikyo. The master potter Chojiro developed the raku-yaki style of pottery after being ordered to do so by the shogun.

Hideyoshi Toyotomi built a golden tea ceremony room. A replica of the room was built in 2008 and displayed in a Japanese department store. The room is 2.5 meters high with a floor that covered 3½ tatami mats. It took eight months to restore with 15,000 pieces of gold leaf worth about $1 million. Inside is a $3.5 million tea set made entirely of gold.

According to the Metropolitan Museum of Art: The decorative style that is the hallmark of Momoyama art had its inception in the early sixteenth century and lasted well into the seventeenth. On the one hand, the art of this period was characterized by a robust, opulent, and dynamic style, with gold lavishly applied to architecture, furnishings, paintings, and garments. The ostentatiously decorated fortresses built by the daimyo for protection and to flaunt their newly acquired power exemplified this grandeur. On the other hand, the military elite also supported a counter-aesthetic of rustic simplicity, most fully expressed in the form of the tea ceremony that favored weathered, unpretentious, and imperfect settings and utensils. [Source: Metropolitan Museum of Art, Department of Asian Art. "Kamakura and Nanbokucho Periods (1185–1392)". Heilbrunn Timeline of Art History, October 2002, metmuseum.org \^/]