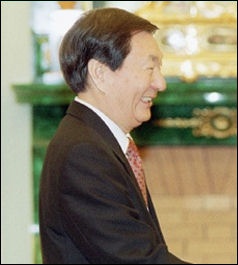 Zhu Rongji was the second most powerful man in China in the Jiang era. Viewed by many as more able than Jiang, he was smart, decisive, tough, humorous, blunt, short-tempered, and quick on his feet, uncompromising and incorruptible and beyond reproach. Video tapes of his press conferences became a best seller but his frankness and uncompromising style made many enemies, especially among hard liners.

Zhu was very intelligent, had a photographic memory, and was disgusted by corruption. He had little tolerance for people who he felt didn’t do their jobs and was notorious for upbraiding underlings who he thought screwed up. People who worked under him simply called him "boss." According to one story he scolded Li Peng so intensely for knowing nothing about economics, Li suffered a heart attack.

Zhu Rongji (pronounced Joo Rong-JI) was born in Changsa, Hunan on October 1, 1928. His family were rich land owners. Zhu Yuanzhang, the first Ming emperor, was one of his ancestors. His father died before he was born and his mother died when he was nine. Zhu received a degree in electrical engineering in 1949 from Beijing's Qinghua University, the M.I.T. of China, where he was chairman of the student union. He majored in electric engineering Zhu and his wife, Lao An, have two daughters. Little is know about his family. Like Jiang Zemin, Zhu Rongji was plucked from relative obscurity by Deng after the 1989 Tiananmen Square crackdown. Deng hoped a clearer succession plan would add stability to the system. 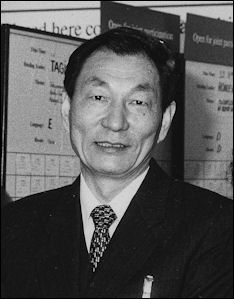 Zhu joined the Communist Party in 1949 and worked as an industrial planner in the State Planning Commission. In 1957, during the Hundred Flowers movement, he made a speech criticizing China's economic policies and praising pragmatic economic reforms. He was purged and was forced to tend livestock in the northeast and do low-level teaching at technical schools.

Zhu was rehabilitated by Deng in 1982 after 20 years in political oblivion, and put on the fact track. Under Deng, Zhu was brought back as an economic planner and rose quickly through the ranks. Zhu taught economics at his alma matter Qinghua University, became dean of the school’s business school and established links with it and M.I.T.

In 1987, Zhu was named deputy Communist party chief. In 1988, he was named the mayor of Shanghai and worked under Jiang, the city’s party chief. Zhu made a name for himself leading a successful ant-corruption drive, attracting foreign investors, triggered a boom that continues today, and diffusing demonstrations during the Tiananmen Square crisis by appearing on television and making a direct appeal for calm.

When Zhu was mayor of Shanghai He was nicknamed Mr. One Chop because of efforts to reduce the number of chops or signatures on permits and bureaucratic documents. His reputaion for propeiety was unblemished, Once a relative asked him to bend the rules to get him a Shanghai residency permit. Zhu replied, "What I can do, I have done already. What I cannot do, I will never do."

In 1991, Deng moved Zhu to Beijing and made him deputy Prime Minister. In 1992, he made a "triple jump" from the 300-member Central Committee past the 20-member Politburo to the 7-member Standing Committee, where he served as a top economic policy maker.

As Deng's economic czar, Zhu drew many admirers as he tamed inflation without snuffling out growth by devaluing the yuan in 1994 by 33 percent. He also laid the foundation for a banking system and and was named been as a possible recipient of the Nobel Prize for economics.

In 1997, Zhu was named Primer Minister of China. Sometimes called Zhi Fengzi ("Madman Zhu") for his swashbuckling style, he attacked reform; went after corrupt officials; insisted that smugglers be shot and poured over 16,000 letters a year with grievance from ordinary citizens. Zhu didn’t have any patrons. There was some tension between him and Jiang.

Zhu is regarded as the architect of the economic policies that ushered in China’s second wave of growth. He broke down trade barriers, cut runaway inflation, rescued China from the Asian economic crisis in 1997, sold off state enterprises, broke up monopolies, ended state planning, introduced competition and deregulation,. streamlined the bureaucracy and secured China’s membership to the World Trade Organization.

Zhu's tough minded policies included driving the military out of many of its commercial enterprises, reducing the number of easy loans and credits to money-losing state-owned enterprises, introducing a value added tax and diverting tax revenues to the central government. To create jobs he launched Keynesian public works programs.

When asked how he wanted to be remembered Zhuo Rongji said “as an incorruptible official.”

In August 2013, Liu Sha wrote in the Global Times, “Nationwide attention has been focused on the new book by outspoken former premier Zhu Rongji, which analysts see as a prelude to a new round of discussions over reforms ahead of the third Plenary Session of the 18th Central Committee of the Communist Party of China. Zhu's sixth book consists of 106 speeches, talks, correspondence and notes, as well as 83 photos, from his tenure as the mayor of Shanghai and the municipality's Party chief from 1987 to 1991. [Source: Liu Sha, Global Times, August 13, 2013]

The speeches reveal many decision-making processes and a local government's determination to push forward economic and political reforms, which are currently needed, said Tian Yun, editor-in-chief of the China Macroeconomic Information Network under the National Development and Reform Commission. "The book's glamor lies in the fact that it is about a reformer's experience," Tian told the Global Times, adding that public anticipation for a clearer map of reform would intensify before the third plenary session, as the first two sessions dealt more with the general direction of the country's social development under the new leadership.

Zhu, vice premier from 1991 to 1998 and premier till his retirement in 2003, pushed massive financial reforms by encouraging State-owned enterprises to enter the private sector. Tian said the recent economic slowdown has triggered worries and many have started to compare current problems to those in the 1990s. Huang Shuyuan, head of the People's Publishing House, which published the book, said the contents were not intentionally selected. "Zhu made those speeches when Shanghai was experiencing a hard time dealing with declining fiscal incomes and serious housing problems."

Zhu started by building a corruption-free government, while many officials in vested interest groups nowadays do not have the motivation or courage to reform, said Huang Weiping, a politics professor from Shenzhen University, adding that Zhu set a good example. Many excerpts from the book have been discussed by Net users. Zhu said, "we must reform or we'll be finished" in a speech after seeing the complicated administrative procedure that a foreign investor had to go through in Shanghai back then.

Huang Weiping said many problems mentioned in the book have been solved, but we could still refer to them when grappling with difficulties like the widening wealth gap and corruption. The book is also a good reference for the ongoing "mass line" campaign, through which the Party aims to consolidate its ruling status against the backdrop of a more diversified society and growing citizen awareness, Huang Shuyuan said. Zhu's previous books saw more than 6 million copies sold, while publishers estimate that the latest one will surpass 1 million. All royalties will be donated to institutions as requested by Zhu. 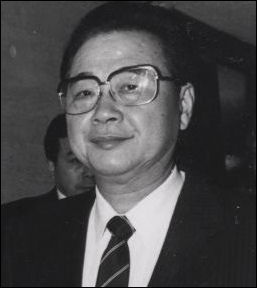 Li Peng was China's premier from 1987 to 1998. Known as "the Butcher of Beijing" for his role in the Tiananmen Square crackdown, Li is the one Chinese leader associated most with Tiananmen Square after Deng. He supported the order to declare martial law and has consistently defended the government's position. It is widely believed that he was one leading voices advocating that troops open fire on Tiananmen Square. Li Peng was the second most powerful man in China under Deng and Jiang and for a while was considered as a possible successor to Deng.

Li was a protegee of Zhou Enlai. He was portrayed as "wheedling, whining, gleefully backstabbing peers." A poet slipped in a verse in the People's daily that read: "Down with Li Peng, End people's rage." Peng was also a driving force behind the Three Gorges Dam project.

As of 2012 Li was the vice-governor of Shanxi and still wielded power behind the scenes. Isaac Stone Fish wrote in Foreign Policy: He is not officially a princeling, but he is the adopted son of Zhou Enlai, China's premier under Mao, a connection that helped him climb the ranks. Li managed the controversial Three Gorges Dam project, and two of his children inherited his love for power -- the electric kind. His daughter Li Xiaolin is the CEO of China Power International Development, which had revenues of $2.2 billion in 2010, and his son, currently vice-governor of Shanxi, one of China's major coal producing provinces, was formerly CEO of China Huaneng Group, one of the largest Chinese power generators. [Source: Isaac Stone Fish, Foreign Policy, May 30, 2012]